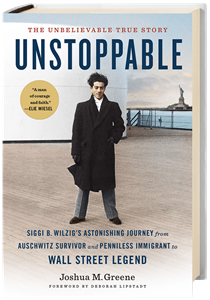 NEW YORK, May 17, 2022 (GLOBE NEWSWIRE) — US Special Envoy to Monitor and Combat Antisemitism, Deborah E. Lipstadt, explains in her Foreword to Joshua M. Greene’s Unstoppable: Siggi B. Wilzig’s Astonishing Journey from Auschwitz Survivor and Penniless Immigrant to Wall Street Legend why Siggi B. Wilzig’s life story is more relevant than ever.

I have been teaching about the Holocaust for over forty years and frequently invite Holocaust survivors to speak to my students. Among them have been a Jew who grew up in Germany and witnessed the rise of the Third Reich, a Jew who ended up in a ghetto and described the terrible hardships of life in that hellhole, a survivor of death camp Auschwitz-Birkenau who described the world’s largest killing field, and someone who survived in hiding who explained the terrible psychological trauma of being separated from family and forced to adopt a new identity. No matter how intellectually stimulating and challenging my lectures are, presentations by survivors are what my students remember best. Many of my students have never met a survivor before, and it is always an awe-inspiring experience for them.

This book comes at a particularly critical time as, sadly, those who can speak most convincingly about the Holocaust are all but gone. That is why videotaped interviews, memoirs, and biographies of survivors, such as this one of Siggi B. Wilzig, are so important. All those who survived Auschwitz as Siggi did and who witnessed people being tortured, beaten, and murdered have an important history to relate to; yet this book does something that many other memoirs and biographies fail to do, and that adds to its significance. Namely, it includes the subject’s post-Holocaust experiences. What was it like for Siggi to rebuild his life? How did he manage? What was it like to raise children whose relatives had nearly all been murdered in concentration camps? Where did he find the confidence to achieve what he did? How did he learn to experience joy again? Was he able to still believe in God?

What happened to Siggi after liberation is an important part of the miracle of his survival. Not everyone who came out of that dark time had the wherewithal to start anew, having lost everything and everyone. Siggi rose from the ashes, never gave up, and always moved forward. To be sure, like many other survivors, Siggi suffered from emotional scars and foibles. He was, after all, human. Yet he also emerged with the intent of leaving his mark on this world, with a love of life, with the desire to make a difference, and he did all that in an extraordinary fashion.

Still, he carried with him an enduring concern that the antisemitism at the root of the Holocaust was back with a vengeance. He was enraged, as every decent person should be, at the offenses of Holocaust deniers. He worried that, due to their propaganda, people would forget the past and fall prey to the hatred that was its foundation stone. Sadly, today we see that Siggi’s fears were not unfounded.

This biography brings the reader into the totality of its subject’s extraordinary life and leaves us marveling at the remarkable accomplishments of this man.

Unstoppable was the winner of the Best of Los Angeles Award “Best Holocaust Book – 2021” reached #1 on Amazon in the Jewish Biography category, and was a Finalist in the Jewish Book Council Award for Best Biography of 2021.

Joshua M. Greene is a renowned Holocaust scholar and filmmaker whose biographies have sold more than a half- million copies worldwide. Greene is a popular lecturer who has spoken at the Pentagon and before the Judge Advocate General’s College, and his documentaries on Holocaust history have aired on PBS and Discovery. He has appeared on national media outlets, from NPR’s Fresh Air with Terry Gross to FOX News, CNN, and more.

Deborah Lipstadt is an American historian, best known as the author of the books Denying the Holocaust, History on Trial: My Day in Court with a Holocaust Denier, The Eichmann Trial, and Antisemitism: Here and Now. Since 1993 she has been the Dorot Professor of Modern Jewish History and Holocaust Studies at Emory University in Atlanta, Georgia. Lipstadt was a consultant to the United States Holocaust Memorial Museum. In May 2022, she was named US Special Envoy to Monitor and Combat Antisemitism, in the rank of ambassador. 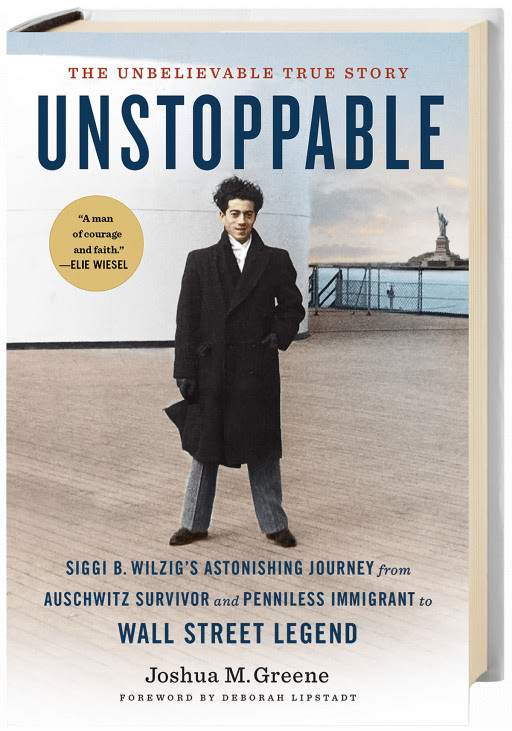 The final pitstop of season 1 of Neeyamo’s Working Beyond Borders took place in Singapore on Aug. 4. Neeyamo announces Season 2...

Peter Lake, the World’s Only Anonymous Singer-Songwriter, Releases New Single ACORNS, a Song He Wrote in Response to the Current Recession Fears and Economic Malaise

Says Lake, ‘As a musician, we have a job to document the signs of the times, rather than just release and promote songs for economic...