Global Conference of Young Parliamentarians calls for countries to enact effective legislation and prepare ‘green budgets.’ Empowering youth, supporting developing countries, and exchanging scientific expertise between countries are the most prominent recommendations of the first day of the conference. 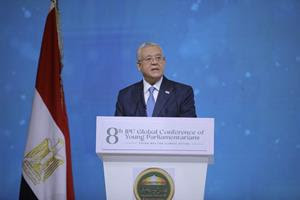 SHARM EL-SHEIKH, Egypt, June 22, 2022 (GLOBE NEWSWIRE) — The Eighth IPU Global Conference of Young Parliamentarians was held last week in the Red Sea resort city of Sharm El Sheikh of Egypt, under the auspices of H.E. President Abdel-Fattah El-Sisi, President of the Arab Republic of Egypt. The two-day conference was held in cooperation between the Egyptian House of Representatives and the Inter-Parliamentary Union. The issue of climate change topped the conference’s agenda as the most critical crisis currently threatening the world. The conference coincides with Egypt’s preparations for hosting the 27th session of the Conference of the Parties (COP27) to the United Nations Framework Convention on Climate Change (UNFCCC) in November.

The conference tackled several critical issues, topped by climate change and its impact on human rights, the role played by parliaments in combating this dangerous phenomenon, ways of engaging civil society organizations and citizens in parliamentary action, and supporting developing countries in addressing climate change.

Speaker of the Egyptian House of Representatives Hanafy Gebaly said that the issue of climate change poses an exceptional, dangerous and multidimensional challenge, stressing that there is no higher priority than addressing this imminent threat.

Dr. Gebaly affirmed that dialogue among the youth is no longer optional, but has become an urgent need imposed by the specific and exceptional challenges facing the world.

The conference sends a clear message that there is a dire need to confront this global phenomenon at both executive and legislative levels in order to save the world from grave consequences, he said.

President of the Inter-Parliamentary Union Duarte Pacheco praised the efforts exerted by the Egyptian State to combat the hazards of climate change.

Mr. Pacheco added that the world needs to act swiftly to address the potential threats that could afflict the entire globe. He further warned that entire islands may disappear if carbon emissions and global warming persist.

The conference came up with several important recommendations, including: 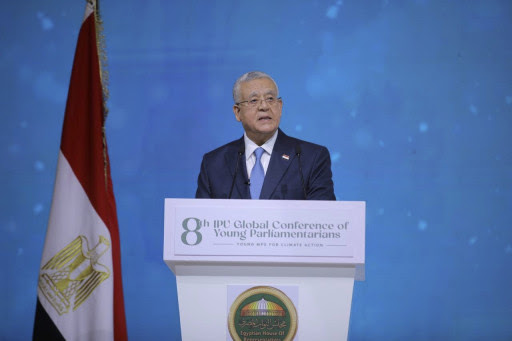