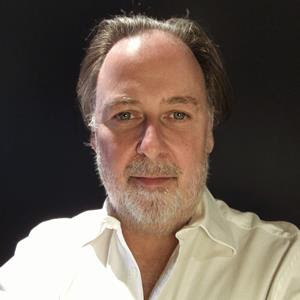 Paul Rossi, new CEO of SportBusiness Group. Paul joins the Group with a wealth of digital publishing experience, most recently as President of The Economist Group and Publisher of The Economist magazine

LONDON, June 15, 2022 (GLOBE NEWSWIRE) — SportBusiness is delighted to announce the appointment of Paul Rossi as the new CEO of SportBusiness Group. Paul joins the Group with a wealth of digital publishing experience, most recently as President of The Economist Group and Publisher of The Economist magazine. It was at the Economist that Paul built that publication from a niche brand, which was dependent on advertising, into a diversified multi-platform business. As a key pillar of its growth strategy, SportBusiness Group has been successfully developing its digital presence for some time. Paul will lead the group’s digital transformation strategy to strengthen its position as the leading provider of data, intelligence and digital services in the business of Sport.

Paul’s work in building The Economist brand and launching new products in education, digital advertising, and marketing services led him to be named Executive of the Year by Adweek, a Top Innovator by Media Business, and recipient of the IAA’s inaugural Global Compass Award, alongside Ogilvy’s Chairwoman, Shelly Lazarus and Unilever’s CEO, Paul Polman.

After leaving The Economist Group in 2017, Paul took on the role of CEO of the independent, New York based branding agency CSA. At CSA and The Economist, Paul advised many of the world’s leading companies on brand and media strategy, especially as they responded to changing technologies, platforms, and consumer behaviour. After selling CSA in 2020, Paul worked as an independent consultant on media and brand strategy.

Paul will be based at SportBusiness’ London headquarters full-time.

As part of the group’s broader growth strategy, a new company, SB Consulting, has been established in Monaco. Roberto Dalmiglio, will be moving to Monaco to drive the success of this business, as its CEO.

Marco Auletta, Chairman of SportBusiness Group, commented:
“We are thrilled to have a CEO of Paul’s calibre joining us at a time when we feel his experience and capabilities can be most effective in driving the business forward. We have significant ambitions for the growth the business and believe that under Paul’s stewardship this potential can be realised.
“We are also very thankful for achievements to date of Roberto Dalmiglio and wish him every success in our new venture, SB Consulting.”

About SportBusiness Group
SportBusiness is the most trusted global intelligence service, providing – through innovative and dedicated digital platforms – unique news, analysis, data and events which deliver competitive advantage to executives in the business of sport such as broadcasters, rights holders, agencies, financial institutions, brands and universities.
Launched in 1996, the company is at the heart of the sports industry, close to the decision-makers who are driving the sector. Headquartered in London, the business has operations in the Americas, Middle East and Asia, including offices in Miami, Dubai and Singapore, giving the Company proximity to many of the leading companies in sport. This enables the respected editorial team to glean insight into commercial strategies, as well as business-critical data, which the Company’s clients can action and use in their businesses. The depth, accuracy and credibility of the Company’s analysis and data on media and sponsorship is what gives it a reputation for market-leading services in the sports business sector.

A photo accompanying this announcement is available at https://www.globenewswire.com/NewsRoom/AttachmentNg/3113cfd3-3bb7-463b-92e3-472fe613e278