Global has never been more in need of a currency that is for everyone. With WeownomyPay, there are no transaction fees and you can withdraw your money anywhere. The WEOWNS economy is coming to life and it’s time to start paying with compassion. 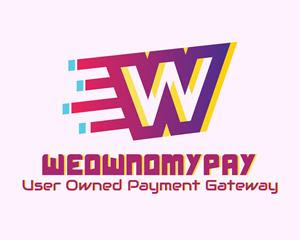 DELAWARE CITY, Del., Oct. 15, 2021 (GLOBE NEWSWIRE) — It’s hard to imagine what it would be like if you couldn’t buy anything with money. But this is the reality for 3 billion people around the world, many of whom live in developing countries. This isn’t just a problem of poverty and lack of access to banking services—this also impacts economies and society as a whole. The new digital payment system will be used to make social media transactions and remittance services free of charge for over 1 billion people worldwide. The founder of WeownomyPay Ssemakula Peter Luyima believes that digital currencies are not very useful unless they can connect with mainstream society in some way. The intention is to create a digital currency that connects the cryptocurrency world to what most societies use every day: money.

In today’s digital world, it is no surprise that people are shifting to cryptocurrency. In recent years, more and more companies have begun developing their own cryptocurrencies. But not all of these new currencies have been successful in the market due to a lack of usability. WEOWNS is aiming to change this by providing an alternative form of payment for social media platforms, remittance transactions and Debt Free Personal Economic Security Program with a unique payment method once it’s officially rolled out, with an estimated $5 billion in transactions anticipated by May 2022

The idea of paying for something and then getting paid back for it is what is unique about WeownomyPay. This revolutionary new payment system eliminates all fees associated with making payments through credit cards or wire transfers, giving people a convenient way to pay without incurring any extra costs.

In an era of globalization, with a steadily growing population and increasing cost of living around the world, the demand for a new payment system that benefits everyone is vital. With this in mind, WEOWNOMY came up with an innovative solution to meet these needs: WeownomyPay.

In the next 20 years, more than 50% of the global population will live in urban areas. A consequence of this is that people will be less connected to each other and it will become increasingly difficult for people to find empathy and compassion in a world where they are surrounded by strangers.

WeownomyPay’s vision is for WEOWNS, the currency of kindness, to complement fiat currencies, not compete with them; a key strategy is to build personal sustainable economic lives using Weownomy social media platform to enable millions of users and WeownomyChat in order for the network to reach significant scale and large volume of transactions made in WEOWNS.

One Way to Keep the Wealth in Your Own Country

Many developing countries have currencies that are volatile and subject to being devalued. WeownomyPay is a project aiming to solve this problem by providing access to the national currency of the country in which they reside, no matter where they are. WEOWNS will be fully backed by remittance transactions or Weownomy social media user paid online activities for using the platform denominated in WEOWNS to be represented in any fiat currencies.

The United States has a $19 trillion dollar debt. But what if there was a way to keep the wealth in your own country? What if people and businesses in regions whose local currencies have WEOWNS users on the WeownomyPay network could directly access their national currency without any bank intermediaries or exchange rates, but with full confidence that each WEOWNS will be fully backed by the people using WeownomyPay network, which will consist of remittance transactions or Weownomy social media users. It has an ambitious goal to be one of the leading digital currencies in usage, transaction volume and value worldwide.

WEOWNOMYPAY is a unique idea to help build an economy with your country’s own currency. It will allow people and businesses in the regions whose local currencies have WEOWNS users on the WeownomyPay network to directly access their national currency. “WEOWNOMYPAY allows for everyone, no matter where they are, to keep wealth within their own country without having to use any other form of money.” Ssemakula Luyima Peter

WEOWNS Are Not Designed to Replace Local Currencies

The global currency WEOWNS are not designed to replace the local currencies in developing nations but could serve as a complementary to the more established financial services that make up 98% of the developing nations. This will target personal and corporate digital wallets that pay bills, goods and services, debt-free personal economic security program. WeownomyPay will hand out $170 Million in digital WEOWNS via Virtual Wedding Crypto Expo in October 2021 and expects a wide-scale test during WeownomyChat launch in November 2021.

The first user owned payment processor to work with WEOWNS currency trials that will allow users to link their accounts with WEOWNS digital currency. Weownomy will distribute several millions dollars’ worth of WEOWNS through WeownomyPay that is connected to an acquirer bank. These tests are intended to allow users to buy products from participating business entities and WeownomyChat marketplace.

The WeownomyPay inclusion shows that the new crypto currency has opened a payment link interface to the ecosystem of internet payment platforms, which could broaden the online application of WEOWNS digital currency in such scenarios as e-commerce, social networks and online-to-offline business. It will attract more merchants to open payment channels for the digital currency, helping leverage the digital WEOWNS role as people’s currency.

The new, blockchain-based digital currency WEOWNS is set to launch in October 2021 (to be announced), with over 100,000 co-owners to sign up for the tests. The system will be distributing 10 million digital WEOWNS “on WEOWNS Wedding day” which are worth $170 Million at current WEOWNS prices. But WEOWNS has one thing no other crypto currency does: it’s all about community ownership. It will not be long before there are more than one billion co-owners around the world who want in on this great opportunity.

Weownomy accelerates its efforts to widely distribute its digital people’s currency of kindness before the WeownomyChat launch; the initiative is a historic initiative to launch people’s monetary kindness system. Once the digital WEOWNS is in wide circulation, it will likely power the digital payment operations of social media, remittance transactions and Debt Free Personal Economic Security Program. The History of Kindness is about to Be Written.

Kindness is the currency of people’s power. It fuels all things that humans care about, whether it be financial or emotional prosperity, health and happiness, relationship bonds with others. Kindness is also the force behind every successful entrepreneurial endeavor. The advent of WeownomyChat will provide a platform for an exponential distribution of kindness in society because WEOWNS are the perfect digital representation of what humans care about most: their own success, health and well-being as well.

WEOWNS is a new currency that was created to address the shortcomings of Bitcoin. WEOWNS is designed to be used as an incentive for people who want to do good in their communities, not just mine bitcoins. WEOWNS incentivizes entrepreneurs and users to act with kindness towards one another by building trust through commitments made. This means that any user or entrepreneur who follows the precept should generally be expected to be more successful than otherwise, because they will have earned more WEOWNS.

Weownomy Platform Corporation, Incorporated in the State of Delaware https://www.weownomy.global is launching a subscription-based, open and participatory platform. A new redefined social network that facilitates people’s participation in the democratic process of defining their own rules for their future, generating an ownership structure where every person has rights to share in the proceeds generated by this new economy and hence true economic equality. 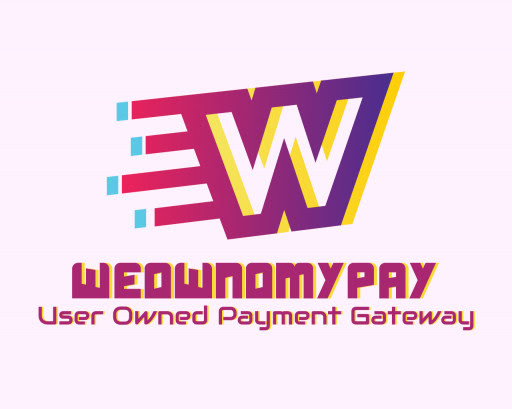 LEOTEK to Restore Safety to Memphis Streets for Drivers and Pedestrians

LambdaTest will enable Spartans with opportunities to network with other changemakers, co-work on product innovation, and also provide a...

Monaco Energy Boat Challenge: 17 Teams Selected for the Energy Class The contestants will be divided in 3 emblematic categories:...